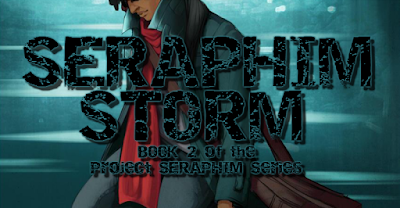 NEW RELEASE: What the Thunder Said

“Who is the third that walks always beside you?
When I count, there are only you and I together;
But when I look ahead up the white road,
There is always another one walking beside you.” 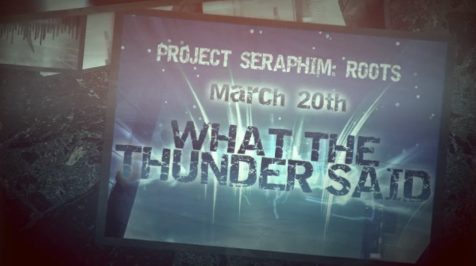 It begins with you.

Here in what is known as the last safest haven in the world, where the dome of Ashwater protects the border of the city and millions of people within. In all of your twenty-nine years of living, it has been too long since you’ve seen so many unarmed people, casually moving on the iridescent streets. This place is a marvel to all of those who witness it.

You’ve been here before, yet you don’t belong here.

The only reason you exist is because you were summoned back home by your enforcer. You are a soldier, and you do what you are told. It’s what good soldiers do — what they are told. This is why you don’t question your enforcer why he had sent you to this place, where you had been born. Instead, you broaden your shoulders and carry yourself on like this is the last day you will ever die.

Or must you live, instead? You have never been good with idioms, and it’s a flaw in which your enforcer has goaded you quite often.

It is a lively city, if nothing else. Much livelier than you recall, with its spectacular glow of blues and greens and whites. You know you will never see another place like Ashwater. But you are not here to dawdle or take in the sights.

Like any other day you repeat, like a reoccurring dream — you are here because it’s just another mission. If you fail, all these people, the ones carrying about their daily lives in blissful ignorance, will die.

It is downtown, in the heart of the city. You must be there now.

After all, you’ve not much time.


Purchase a paperback and/or Kindle copy of
What the Thunder Said, a prequel novel
to the Project Seraphim series,
on Amazon!
Posted by R. Washburn at 7:00 PM No comments:

Been a while since you’ve seen one of these kinds of updates, huh?

Well, it’s happening. I’ve got a cover up for the prequel novel for Project SERAPHIM, which takes place 18 years prior to the events of the first novel, Seraphim ASCENT. It delves into the lives of certain characters in their youths and the event known as the First Cataclysm.

More updates will come. But in the meantime, take a look at the new pretty cover! 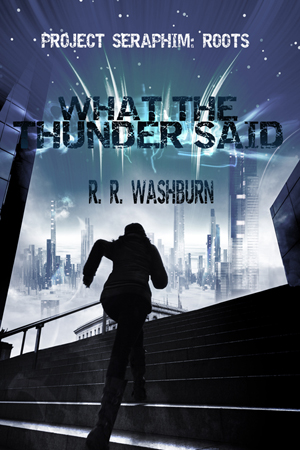 The cover reveal for the second Seraphim book, Seraphim STORM, should be coming soon!
Posted by R. Washburn at 11:37 AM No comments: 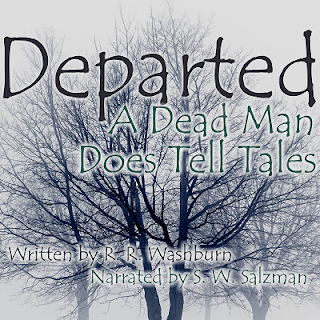 There may have been something I’ve neglected to mention, and that’s the announcement of my first ever audiobook release!

In terms of length and time, I figured that Departed would make a perfect candidate for testing those waters. It’s something I’ve seriously been considering since I bumped into a writer at the Portland Book Festival this summer, and he introduced the whole audiobook concept to me and just how simple the whole process really is.

For a first project, Salzman was great and easy to work with and, in my opinion, managed go above and beyond to bring the piece to life. From the emotional ticks to the little effects added in, it’s a very fun listen. I would recommend checking out his other works as well!

The Departed audiobook can be purchased on Audible, Amazon, and eventually on iTunes for $6.08 to $6.95! (And FREE if you have a membership on Audible.)

Also, if you do purchase a copy and listen (it is only an hour and a half long), please take the time to leave a review and/or rate on Goodreads. It would be much appreciated. :) 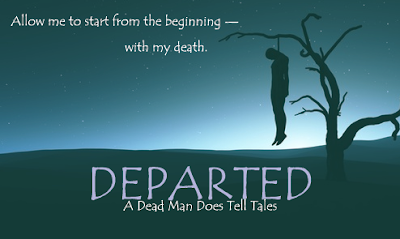 Let Me Tell You About My TERRIBLE PAST... 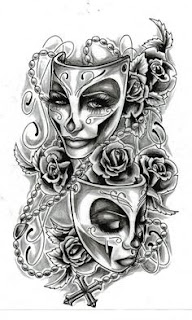 Lately I’ve been watching a lot of shows... which I know is what people say writers SHOULDN’T do. But when there are people who keep telling me, “You HAVE to watch [insert popular show title here]!” it does tend to get in the way sometimes.

So I tried giving this one show a shot. I’m not going to name names, but let’s just say that it pretends to focus on a female protagonist but wastes too much time on Generic McBlandpants White Male Lead #7638743.

McBlandpants is just that: Bland. He’s boring in every sense of the word, from his character, personality, to even the actor himself. I don’t like knocking on anyone’s appearance, since there’s nothing that the person can do about that, but... I blame the casting choice for picking someone so phenomenally dull to watch. Which is disappointing when the female lead is so much more interesting, but she’s constantly being pushed into a position where she is being told to “Wait here while I go ahead and do man stuff even though you’ve proven to be totally more capable than me!”

By the second episode, I continued to roll my eyes until they were flying out of my skull when he began to reveal his “tragic childhood backstory”. That’s when I just shut off the TV and went back to letting YouTube videos play while I got some work done.

Then it made me realize something: This show is not the first one to try and made a bland character seem more “interesting” by giving them a tragic childhood. Not by miles. Another one I watched recently did the same thing to another Generic McBlandpants White Male Lead #7638742, and it didn’t make me like that character any more, either.

I started to compare it to Criminal Minds (yes, another TV show. I am so sorry), because the characters are already interesting before you learn anything about where they came from. You can know nothing about their past, but they’re still fun to watch because of how the characters bounce off each other, and how the actors portray them. There could literally be an episode where they just hang out and make spaghetti and I’d still be engaged enough to watch the whole thing.

This is relevant to writing as well: A character’s history should only be as interesting as the character themselves. It’s fun to learn more about a character, but unless you’re actually invested in them, then telling us about how they watched their childhood friend drown in a river when they were only eight years old falls a little flat. I’m not going to care about a character simply because they had a hard life.

Give me a reason to actually like them. Don’t just copy and paste a wishy-washy sad yarn and think that’ll make them more relateable, because it won’t. I see people do this with rape trauma as well, but that’s a whole other rant altogether that I won’t go into now.

What I normally do, myself, is create a character first. After I’ve nailed down their personality, I work a story around them to help me better understand the way they think and feel. This helps me create a character whose life doesn’t revolve around their abusive parents, but grew or developed as a result of it.

Because, like any normal person, you shouldn’t allow a character to be defined by their tragedies. For those of you who (somehow) don’t know, MREs = Meal, Ready-to-Eat. It’s a type of light field ration usually given to soldiers in active combat.

Having an older brother in the Marine Corps when I was a kid, we actually got quite a few of these MRE packages. Me and my sister would actually eat them for the hell of it, because some of them aren’t as bad as some images may imply. I’ll even admit that some do look like the personification of turds, but I’m someone who can put my visual bias aside and try a thing at least one time before I cast judgment.


You only live once, right?

A few months ago, my brother-in-law (who, like both of my siblings, are in the military) saw me looking at one of the MRE packages on the guest bedroom bed, and asked if I wanted to have it. With the caveat from my sister not to eat it all at once (like we did when we were dumb kids), because one package is supposed to sustain a solider for an entire day. Oops.

Either way, I was like, “Sure, why not?” It’s been a while, and writing a lot about military characters, I figured it might be good to refresh my memory.

So here we go.

About time that I do another one of these, huh?

Anyway, this is my official announcement of the release of my novelette, Departed!

Completely separate from the science fiction series, PROJECT SERAPHIM, this paranormal/historical piece is about a man whose body is found in a field, only he’s not quite dead. Over time, he discovers that not only is he seemingly unable to die from fatal injuries, he also seems to possess strange abilities that allow him to feel and experience the lives of others around him.

It’s not a very good predicament to find yourself in, in colonial America.

(I also promise that amnesiacs will no longer be a reoccurring theme in my future works. Seriously.)

If you like historical pieces mixed with paranormal elements and a dabble of romance, feel free to check it out! It’s currently up for pre-order, but will be released this Friday. Currently it is a Kindle Exclusive, but I may consider publishing hard copies someday if I think that a short novelette such as this may be worth it.


On a more personal note, Departed was something that I had originally wrote years ago in college. Like PROJECT SERAPHIM, it was another piece that I decided to return and revamp. It was a lot of fun writing this, as I got to do a lot of research on 1600s America while putting my current knowledge to use. I’m passionate about history, and I’ve always wanted to write more about immortals.


Additionally, the characters of Departed also happen to be part of an even bigger project that I plan to work on someday, called Days be Done. I may work on that sometime on the sidelines of Seraphim in the near future. 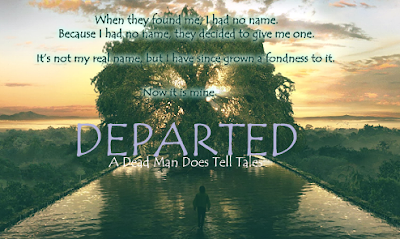